The Ever Preaching Heart: The Life and Legacy of Job 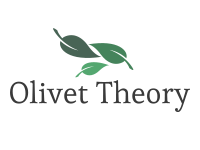 Note: This post is the transcription of a sermon I delivered to a Brazilian congregation circa May 2014 (I was 23 years old then, a child, really). It is more of an essay or, rather, a pensées on the life and legacy of Job, the Old Testament character who endured some of the more painful losses in all of biblical literature. My focus in this sermonette was on the importance of preaching to the self as Job did in his moments of utter hopelessness. Too often we can speak these words of truth to others whilst not believing a lick of it ourselves. That is the focus of this message.

The Ever Preaching Heart

Then Job arose and tore his robe and shaved his head, and he fell to the ground and worshiped. He said, “Naked I came from my mother’s womb, And naked I shall return there. The Lord gave and the Lord has taken away. Blessed be the name of the Lord.” Through all this Job did not sin nor did he blame God.  – Job 1:20-22

Again there was a day when the sons of God came to present themselves before the Lord, and Satan also came among them to present himself before the Lord. The Lordsaid to Satan, “Where have you come from?” Then Satan answered the Lord and said, “From roaming about on the earth and walking around on it.” The Lord said to Satan, “Have you considered My servant Job? For there is no one like him on the earth, a blameless and upright man fearing God and turning away from evil. And he still holds fast his integrity, although you incited Me against him to ruin him without cause.” Satan answered the Lord and said, “Skin for skin! Yes, all that a man has he will give for his life.However, put forth Your hand now, and touch his bone and his flesh; he will curse You to Your face.” So the Lordsaid to Satan, “Behold, he is in your power, only spare his life.” Then Satan went out from the presence of the Lordand smote Job with sore boils from the sole of his foot to the crown of his head. And he took a potsherd to scrape himself while he was sitting among the ashes. Then his wife said to him, “Do you still hold fast your integrity? Curse God and die!” But he said to her, “You speak as one of the foolish women speaks. Shall we indeed accept good from God and not accept adversity?” In all this Job did not sin with his lips.  – Job 2:1-10

“Jesus himself did not try to convert the two thieves on the cross; he waited until one of them turned to him.”
― Dietrich Bonhoeffer, Letters and Papers from Prison

Blameless, upright, fearing God, and turning away from evil. – Job 1:1

No one like him on earth, a blameless and upright man, fearing God and turning away from evil. – Job 1:8

Job was a man who was highly esteemed by his generation due to his piety. Men honored him and respected him. What sets Job apart from stories that sound like his is that Job praised God in the storm. In the middle of his torment, his faith remained and the message of God survived in his heart.

Job preached the word he believed to himself. He ministered that which he had learned and studied and received from God to those around him but also to himself. Again and again, he gave God glory and honor.

We should be no different. Because Job did not curse God, because he did not sin towards God, his life became a message unto the world. His world first and then that of those around him. After his first encounter with the devil’s work against his farm life and family, Job did not deny his faith. In prevailing, God then honored  Job in front of the devil with beautiful words. God himself said there was no other man on earth like little old Job.

When we live the message we believe. When we live up to the gospel we are so proud of, our lives become a witness.

We spend so much time trying to take Jesus to people or people to Jesus that we forgot what the gospel really is. It’s not just a sermon from a mountain top, a pulpit, or a lecture hall. The gospel is a new life, a new mentality, a new heart, new desires and passions, new identity. The gospel is the salvation of our souls.

When we understand that our main focus has to be on drawing closer and closer to God and His presence, then everything around us will also be affected and transformed by the Spirit of God.

The time and money we spend on trying to evangelize the world while our own hearts grow dim and dark is ridiculous. Funds here. Missionaries there. “Send them! Send them! Send the young and old! Send the singles, couples, and families! Send them one by one or by the dozen!”

The time has come for us to focus more on living our faith before the eyes of God with integrity and trust, for like Job, when the difficult times come to destroy and turn us away from God, the message we preach to ourselves will impress, maybe transform the hearts of men around us.

Reminding our minds of who God is, what He’s done, when, and how. Being inspired daily by the message of the gospel and acting upon it with faith. Knowing that Jesus came, lived, died, and resurrected for us individually is tantamount to the furthering of the gospel to the world!

How can we preach a message we have not believed? How will men and women from different cultures and ways of life believe that Jesus has the power to transform, to save, to make all things new when we live an old, dead, and ugly life? How will the gospel survive when the vehicle with which we use to carry it is rotten and falling apart. Our hearts, our minds, our bodies, and our words are vehicles that can catapult the gospel from town to town in no time. Yet, we impede the message of the cross because to us the message of the cross has no power. At least we live a life that claims so.

Job, in spite of all that disturbed him, losing property due to natural disasters, marauding criminals invading his land and making waste of his farm life, the catastrophic death of all of his children in one day, his diseased body, and finally the affliction of his flesh and bone, as his wife enticed him to curse God and die. Job did not let go of his God because Job knew the importance of God in life no matter the circumstances. Job so believed in the message of truth that a crumbling world around him did not break his spirit; though he grieved, he did not sin towards God by cursing Him for his personal trials and tempestuous afflictions.

In so doing, Job’s trust in God and trust in God’s words have brought comfort to many. Transformed the lifestyles of many. Given hope and joy. A new day. A new breath of fresh air. A new life even.

When we preach God’s word to ourselves, we are reminded of who God is to us personally. When that becomes the most important thing to us, our lives become a new living testimony to the world. To our families, our neighbors, our friends, our church, our community, and our entire world.

Believe in the message, live it, trust it, let it dominate your entire being and you will be an evangelist, not by ministry, but through life.

The Benefits Of A Race Conscious Society

Their Faces Haunt Us Still

On This Day We Remember

The Queen Is Dead. Decency Is Not.

Why Your Prayer Requests Go Unanswered

The Myth of Strong Men